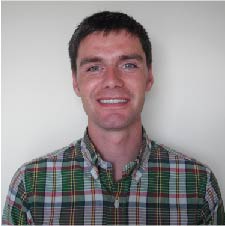 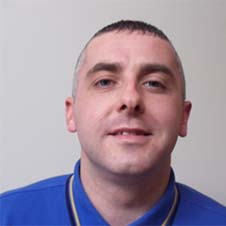 I was brought up in Greenock, Inverclyde. My upbringing was unstable and I moved around a lot meaning I had to change schools and I never really fitted in. Through school I was always the class clown and fighting. I tried smoking when I was 11 and from then on I began smoking weed and drinking. I started going off the rails and bringing trouble home throughout my teenage years and my relationship with my family started to deteriorate quickly. My drug use got worse, I was always looking for an escape through drugs instead of dealing with life's circumstances. When I was 18, life was going great in the world’s eyes; I had an apprenticeship which would have been a job for life, a car, a girlfriend, a roof over my head and a bright future. But I was never satisfied or content with what I had. I began clubbing and dabbling with new drugs and by the time I was 19 I was addicted to Valium and Xanax. Another 2 years down the line and I had begun taking heroin and lost absolutely everything. I was broken and at my wits end. I began searching spiritually for the answers to my problems. It says in Ecclesiastes 3:11, “He has also set eternity in the human heart”. Which is why I was looking for answers through new age spirituality. I found myself praying to a God I never believed in at the time, though the Lord heard me and began to move in my life. He delivered me from the mess I was in and brought me to The Haven to sort myself out and get a relationship with Jesus. It’s only now that I can look back and see the Lord’s hand on my life from the beginning and how He allowed me to go through certain circumstances in order to bring me to Himself and that I’d believe. I am now involved with the Social Media platforms for The Haven with plans to move on and serve the Lord. The very peace and contentment I was searching for my whole life in all the wrong places, the Lord has given to me free of charge because of the work on the cross of our Lord Jesus Christ. Praise the Lord.